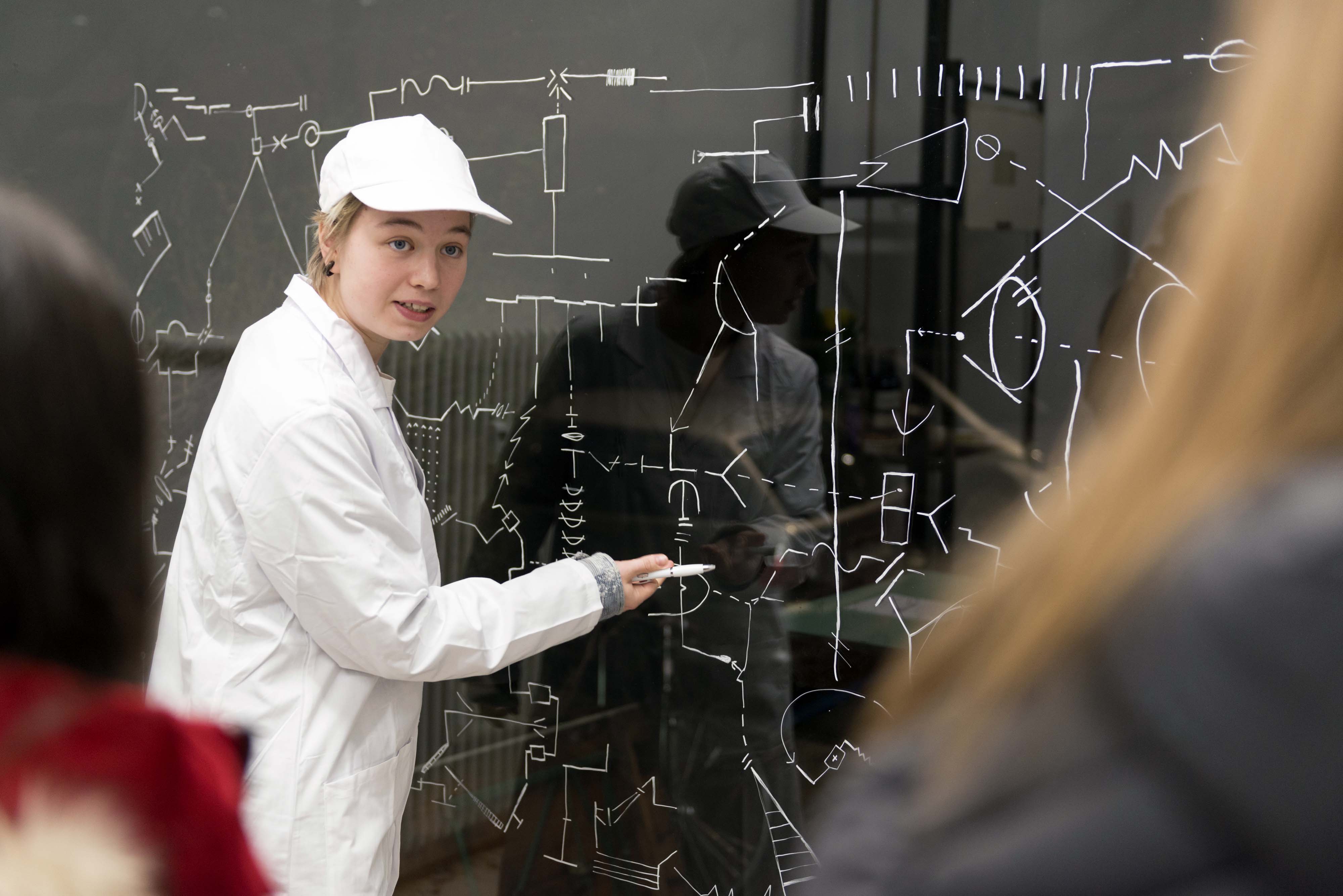 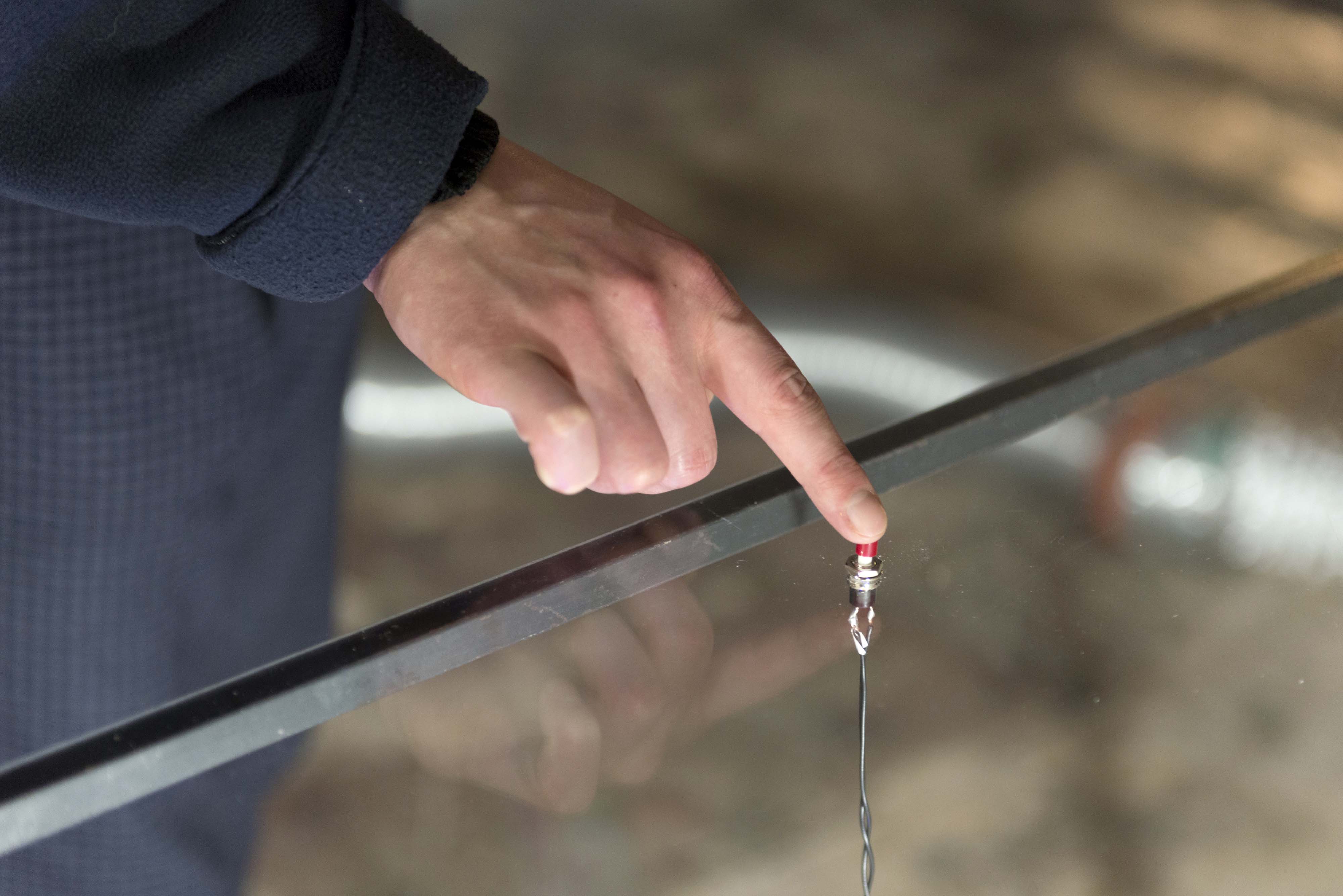 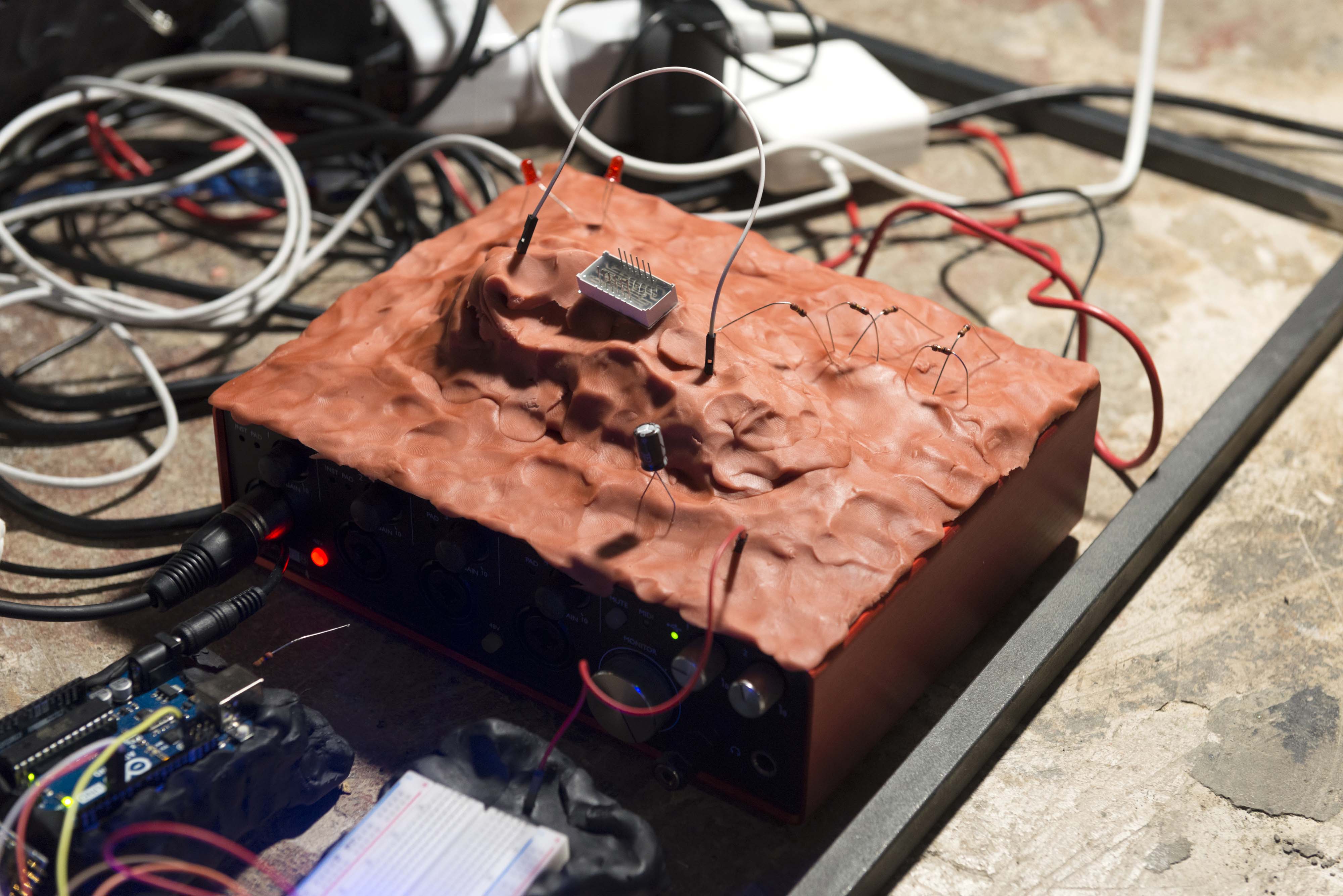 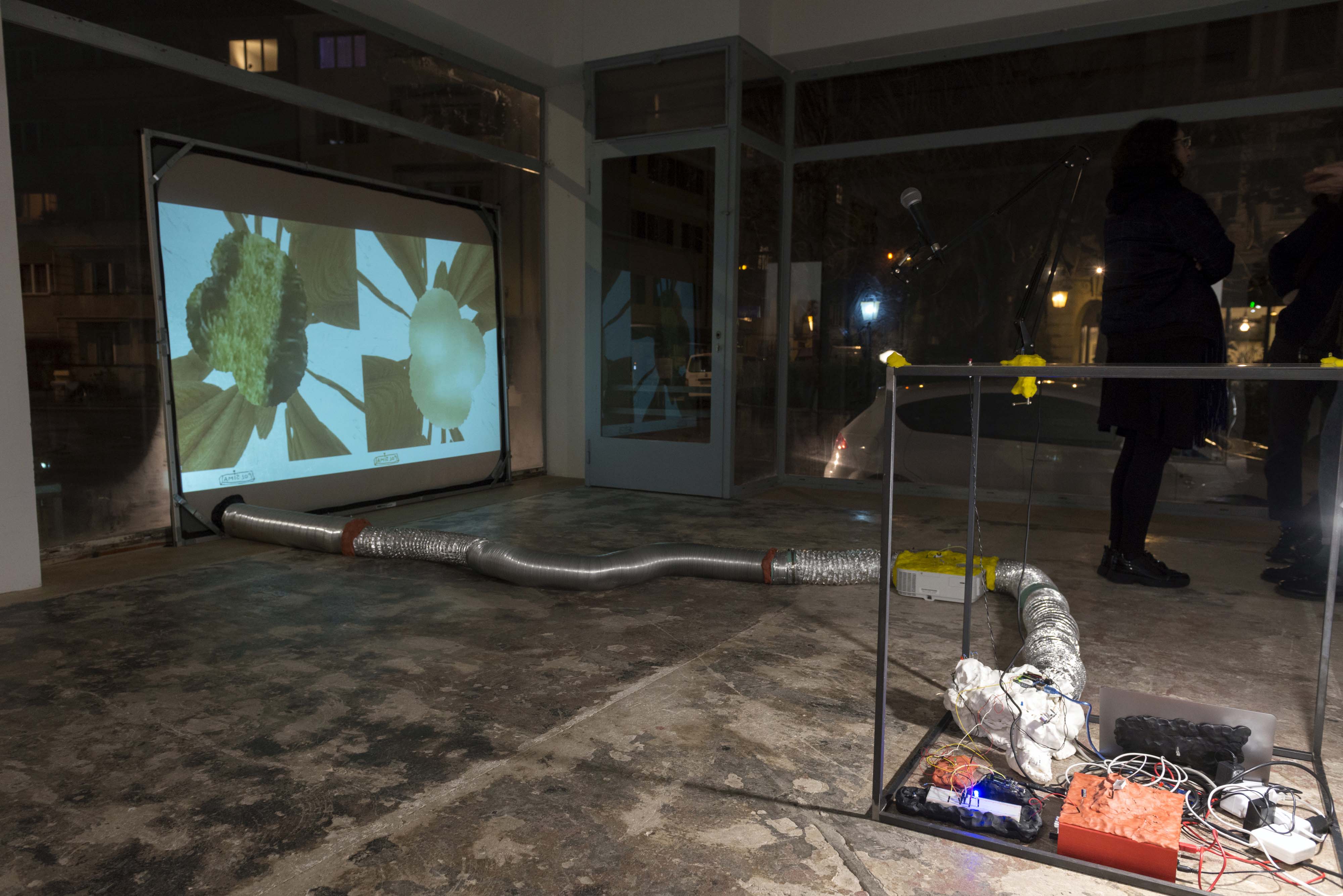 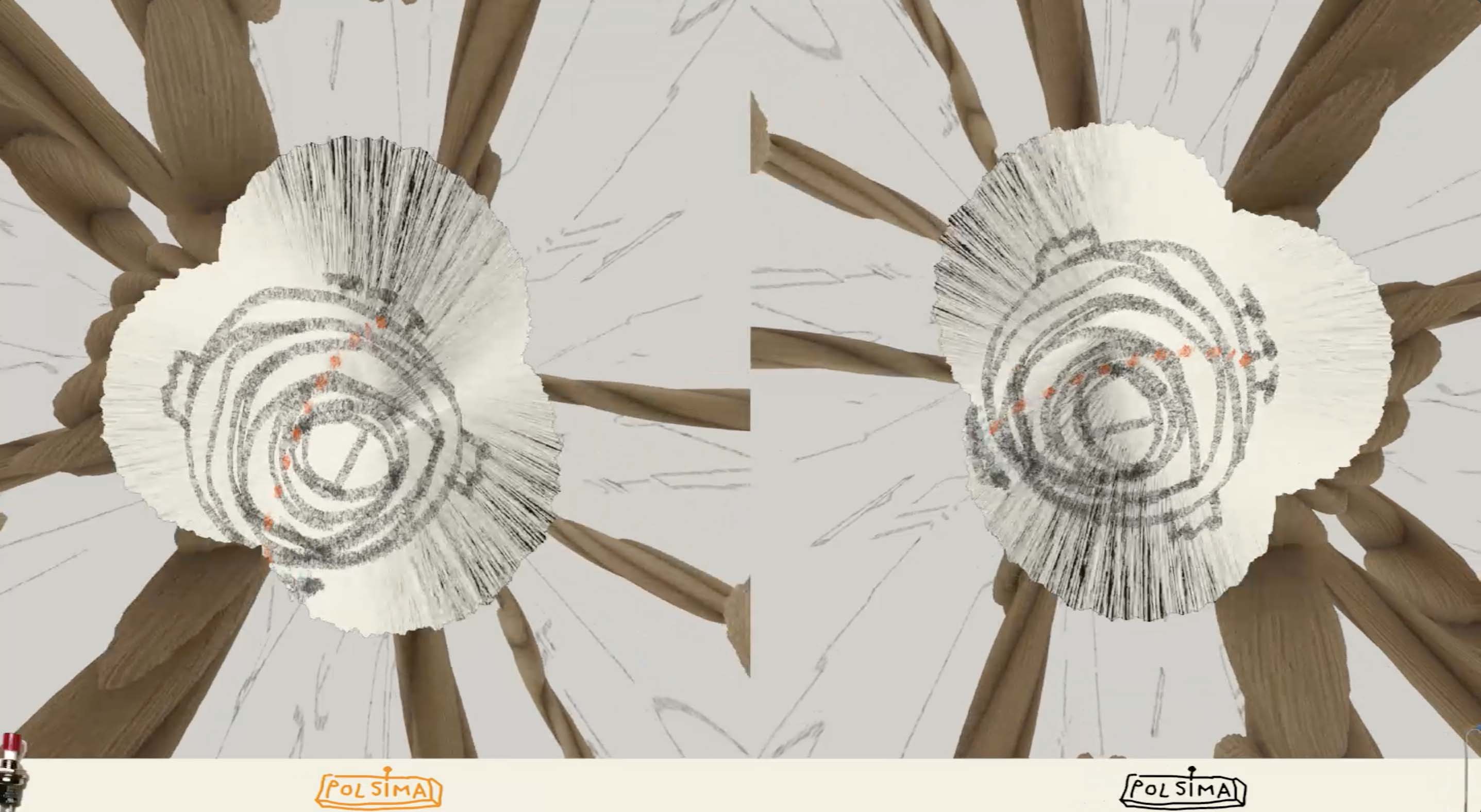 Polsima Launch: During the installative happening the machine is introduced, opened up and tested. The inner structures and technical complexities are shown openly, and the panes of the space become a shell; the random videos - Polsima's calculated visions or simulations - are projected onto a rear projection screen, so they can be read from the outside as well as the inside. The videos each contain two juxtaposed versions of the future, which, fictitiously, refer to the political question posed and represent an "If No, then:" or an "If Yes, then:". The virtual cameras move like a roller coaster through the cross-section of animated ropes, which are located in an empty void surrounded by abstract drawings that derive from circuit diagrams. The "content" of the rope is a mixture of animated drawings of our planet and found footage arranged by color. On the second large window, in the office, a similar "circuit diagram drawing" is also visible from the outside and inside. The performer (Alexandra Anderhalden) balances between the figure of a scientist and that of a fair saleswoman, oscillating between rational logic and emotional visionary. She guides the visitors through the functions of the machine.